The rock planet is a small but dense planet located in what we have come to call the ”green zone”. What first caught our attention where it’s high gravity and ability to attract passing asteroids.

What we found was that it´s impossible to map this planet, because the landscape is constantly moving. Even the big mountains keep changing location At first it was thought that it was due to intense activity in the planets core that resulted in moving tectonic plates but it was soon discovered that there where living organisms that changed the landscape. All from small pebbles to giant mountains where actually alive! We have been able to collect some sampels but found them hard to dissect. When we break them apart all the pieces come to life and try to resemble themselves. One of our sampels escaped and consumed approximately 100 kg of granite before we could trap it once more. So we think this is its source of nutrition.

This is a planet where barely no other creatures can live, gravity is so dense and the meteor rains are like nothing we have ever encountered. Erosion and earthquakes are two big forces in this world and by controlling them you can control both pebbles and mountains! So watch your self or you will get crushed! 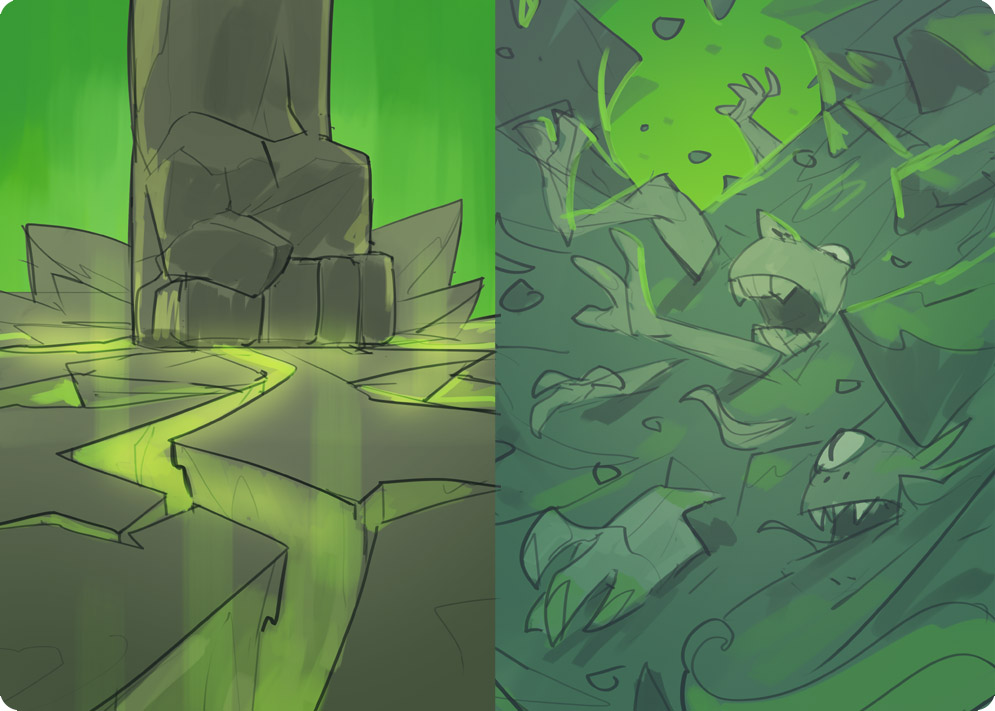